June 06, 2020
I've been doing a lot of work behind the scenes on Methods of Awakening. My freelance work has taken me away from posting as much as I had intended. I know I was away from this whole thing for about eight years, so a few months seems like nothing. That said, I had intended to be producing more content, more regularly after re-doing the older posts as podcasts.
The current situation regarding COVID obviously played a part in things, but the lack of content really just comes down to me. Having been away from writing about meditation for so long, it's taking me a while to find my feet again. My own practice has changed a lot and I haven't been involved in the spiritual community online for a long time. Due to this, I think I lost my direction to some extent.
As someone who'll write ten words instead of two, I often have the tendency to overcomplicate things. This is partly due to the way my mind works and the tendency to think everyone needs the same level of information that I do. Being on the autistic spectrum probably doesn't help either, but there's only so much I can do with that.
It's become clear to me that I need to start simplifying. This is difficult for me because, in trying to write for other people, I often confuse their needs with my own. In other words, I'll be unnecessarily detailed because I think others need the same level of detail I do. In reality, most people don't and that's something I need to put into practice.
One of the problems that I have with simplifying this stuff is that it increases the risk of misunderstanding. While profound wisdom is often found in few words, it's also common for that wisdom to go right over the heads of the majority due to its simplicity. This is something I've always tried to work on: Decoding and demystifying ideas that are often obscured on purpose. For me, this usually takes about ten times as many words as the average person. I end up probably making things more complicated in my efforts to make them simple, so again it's something I really need to work on.
I have no wish to insult anyone's intelligence by stating what, to me, are strikingly obvious statements about reality. I don't want to talk down to anyone, so I write as if I'm talking to someone like me and I try to convey as much practical information as possible. As has become more and more apparent, this isn't really very useful to other people. My writing is too dense, too complicated and ends up veering all over the place at times. I know that I can simplify things and I need to accept that, just because I describe something as if I'm explaining it to a six-year-old, it doesn't mean I'm insulting the reader.
With all of this said, I know what I need to do. It's going to necessitate a total shift in the way I write, and the depth to which I go into these things. I'm going to need to 'commercialize' what I write about and make it easier to read, and easier to understand. In doing this, I'm going to have to 'play the game', so to speak. I'm going to strip it all back to the bare bones and start again, but this time with a more generalized focus.
This is going to be quite a challenge for me, because I'm not exactly an orthodox voice. I talk about the reality and the practical side of spiritual development. I talk about the hard times and the not-so-love-and-peace times that few want to discuss. While I'll be getting a bit more 'safe', so to speak, I won't compromise my integrity. I'm not going to sugar coat it just because it sells.
Life is suffering, but in that realization comes a freedom beyond language. 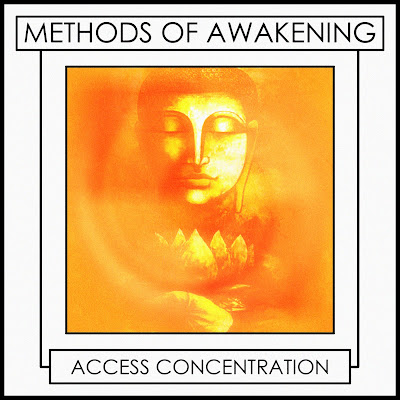 [Edited January 27th 2020: Corrected a few bits and pieces, but I've generally left this one intact. I don't know for certain whether or not I've actually attained "Stream Entry", but it doesn't really change the nature of this post and the practical advice which has proven useful to many (based on the very kind e-mails I've received).] Audio Version - Subscribe on YouTube Access Concentration One of the things that threw me when I started seriously meditating and using the Buddhist framework was the concept of "access concentration". I had spent a long time working with other conceptual maps and meditative techniques, over a decade of experimentation with everything from raja yoga to ritual magick, but I thought that this was some major meditative accomplishment which would require decades of practice. It was only when a more experienced yogi pointed out that, since I was claiming to have attained "Stream Entry", t
Read more

Did You Get Your Free Book?

I've published two free ebooks on meditation and mindfulness , aimed at beginners. These have both been based on reworkings of some of the content on this blog, but both have been updated quite a bit. Please help yourselves to your free copy by clicking the links below! If you enjoy my content, please let me know in the comments or via e-mail. I'd love to hear from you and hear more about what you'd like me to talk about. Stay tuned for much, much more activity from your friendly neighbourhood agnostic mystic! The Urban Yogi's Handbook Vol. 1: Concentration The Urban Yogi's Handbook Vol. 2: Mindfulness/Attentiveness Audiobook Version Open Skies: 60 Minutes of Meditation Music
Read more 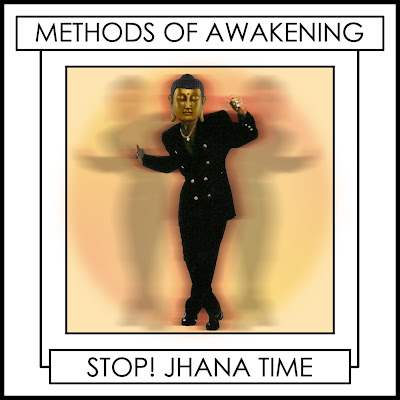 [Edited January 27th 2020: Corrected a few bits and pieces. At the moment, I am undecided as to whether to continue using the term, "jhana", to describe the concentration states I'll be discussing. Without going into detail, I would rather develop a more universal framework than confuse matters by appropriating Buddhist terminology, and particularly if the states are not in keeping with traditional understanding. An audio version of this post will be made available in coming weeks, so stay tuned.] Stop! Jhana Time In a previous post, I talked about access concentration as being the foundation of meditation practice, so I suppose it makes sense to continue the discussion by talking about what gets built on top of this fine, but very basic foundation. I will use the Buddhist framework to describe this as it’s a simple but incredibly accurate model, although I’ll try my best to describe any map-specific terminology in terms of actual practice and physical/mental
Read more